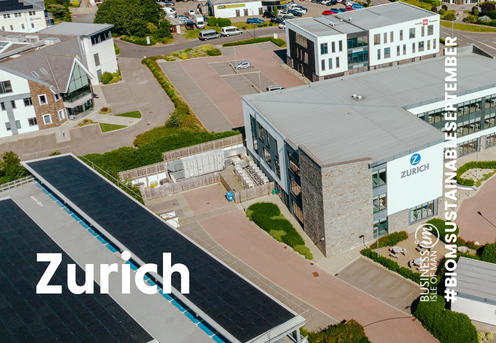 A solar power system that went live in July has regularly been generating 100% of the daily electricity needs of Zurich’s offices at Isle of Man Business Park. 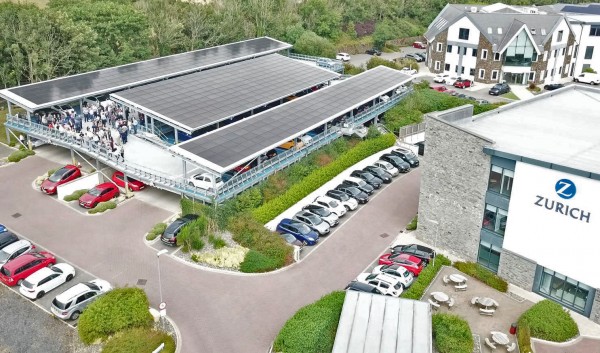 The system can produce up to 206 kilowatts (206,000 watts) which, the company believes, makes it the biggest of its type on the Island in terms of power output. Of course, output varies with hours of sunshine, but even though power will reduce during the shorter daylight hours of autumn and winter it is still expected to generate approximately 70% of the electrical power needs for Zurich House, the insurance firm’s Isle of Man HQ.

It also provides power for electric vehicle charging points which are being increased this year and in the longer term - because the system can sometimes generate more power than Zurich House can use immediately - PV (photovoltaic) storage or batteries are now being researched in order to store that excess electricity for use when it’s needed.

The project is a local example of Zurich Insurance Group’s global commitment to sustainability which is ahead of many other corporations in the finance sector. In March 2022 the group brought its net-zero targets forward by 20 years (from 2050 to 2030). Zurich’s net zero strategy complements its ESG Integration initiative which is based on four pillars: Training, Information, Process Integration, and Active Ownership.

The Isle of Man solar power project was jointly funded by Zurich on the Isle of Man and the Zurich Carbon fund.  Zurich worked with Ardern & Druggan who designed and installed the solar panel array which was built above an existing car port. 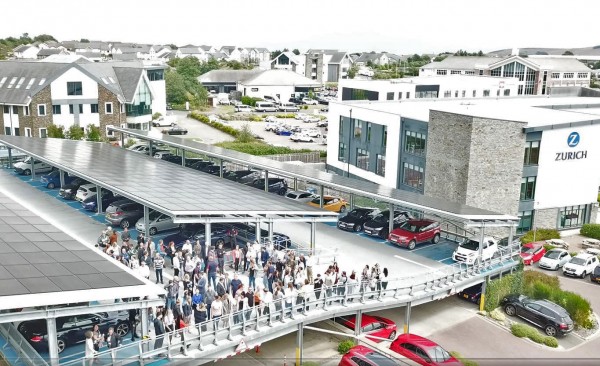 Click here to watch a video about the launch of the solar power project.