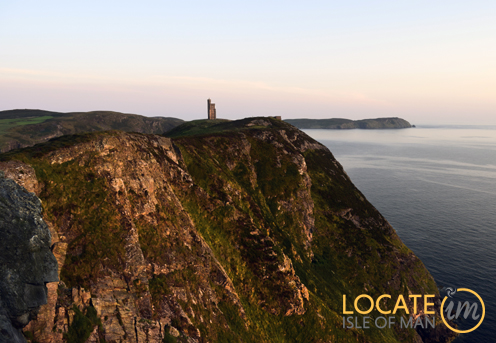 The Department for Enterprise has welcomed an announcement today from Treasury Minister, Alf Cannan MHK, which will increase take home pay for new and returning residents.

In his 2019 budget speech, Minister Cannan announced a National Insurance Holiday Scheme which comes into effect this year and aims to attract new working residents to the Island and encourage the return of Manx-educated students and diaspora.

The scheme will be open to anyone who has not been tax resident here for the immediate last five tax years, and who takes up both residence and full time, permanent employment with a gross salary of £21,000 or more, on or after 6th April 2019. Eligible residents will apply for a refund on the National Insurance contributions for their first year of living or returning to the Isle of Man, with refunds capped at £4,000.

‘This scheme enhances the already compelling reasons to live and work in the Isle of Man. We have excellent quality of life, opportunities for career progression and average salaries which are higher than the UK. We believe this will be a fantastic incentive for Manx nationals to return home, as well as attracting new workers to our shores.’

Support has been further extended for Isle of Man students who successfully complete a full time university degree, higher national diploma or postgraduate course outside the Island on or after the 6th April that return to the Island to live and work. The minimum gross salary is not a requirement for returning students.

Under the new scheme, an individual earning a £30,000 salary will take home £27,450 in their first year of living in the Island – £3,650 more than their UK counterparts. This represents a 15% increase compared with the UK as those earning the same salary would keep £23,800. Average salaries for full time employees are already more than 14% higher in the Isle of Man than the UK.

The announcement follows the launch of the Department for Enterprise’s Locate Isle of Man strategy, which outlines plans for promotion of the Island as a special place to live and work in order to grow the number of economically active residents by 2021.

‘Increasing the economically active population directly and positively impacts our Island and is a clear policy statement of this administration, as identified in the Programme for Government. The Department for Enterprise has already made a commitment in the Locate Isle of Man Strategy to ensure our residents always have opportunities to prosper through re-skilling and maximising workforce participation.’

‘With the demand for skills currently outweighing supply, the attraction of additional new workers and encouraging the return of our Manx educated students are also two vital themes of the Locate Strategy. The announcement today by our colleagues in Treasury demonstrates a tangible way in which Government can achieve this. It also establishes excellent cross-Government working relations in order for us to best support the needs of our residents, businesses and economy.’

‘In the past six months, unemployment reached its lowest number since 2003, which has created a great opportunity for us to attract new talent to the Island. We will be looking at ways in which we can promote this initiative to skilled workers across the globe to further demonstrate the benefits of living and working in the Isle of Man.’

Employees who wish to take advantage of the scheme will be charged National Insurance during their first 12 months of employment, and can then apply to the Income Tax Division for a refund of their contributions. To qualify, the employee must remain in employment for a continuous period of at least 12 months.