Domestic Event Fund extended until the end of September 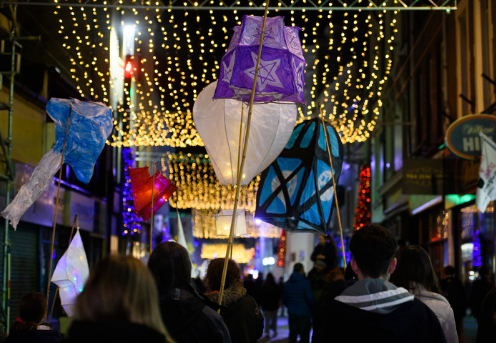 The Domestic Event Fund has been extended until the end of September 2021- offering local authorities, businesses, individuals and charities island-wide financial support to continue developing local events throughout spring and summer.

The initiative is delivered by Business Isle of Man, an Executive Agency of the Department for Enterprise, and has been funded by the £100m Economic Recovery Fund announced by Treasury Minister Alfred Cannan MHK in his budget update to Tynwald in July 2020.

Event organisers can continue to apply for up to 80% of the total costs associated with the development of domestic focused events. All eligible events such as local markets, festivals, shows, concerts must be focussed on increasing domestic spending through driving footfall into the Island’s towns. Qualifying costs include equipment, entertainment, marketing, insurance, health and safety, and an event organiser.

‘I’m delighted to announce the extension of the Domestic Event Fund until the end of September. For many towns and villages, local events play a key part of their strategy to bring in visitors and increase spending in nearby retail and hospitality businesses. With many large Island events cancelled and ongoing travel restrictions affecting the 2021 peak season, it is vital that we continue to support our domestic businesses as much as we can.

Community events provide a great stimulus for local businesses by encouraging residents to explore the island, travelling to different towns and villages for special events and experiences, in turn increasing their domestic spending throughout the Island. The post-event reports from events supported by the fund to date have all demonstrated a positive influence on driving footfall into our key towns and so I really look forward to seeing more to come.’

The fund was extended following its success in supporting increased domestic spending over the autumn/winter period through 10 events, which included Onchan Commissioners ‘Onchan Night of Light’, Douglas Borough Council’s ‘The Greatest Show’ and Manx esports ‘Rumble on the Island- Super Smash Bro Tournament’, to name just a few.

Mike and Josie Wade, Founders of The Black Dog Oven and event organiser of ‘The Dog's Nollick’ also received support from the fund in December. They said:

‘We’re extremely thankful for the support of the Domestic Event Fund in helping us to host a successful series of Christmas pop-up events last year. We estimated that a minimum of 1,200 attendees visited us in Peel over the three weekends; contributing a potential local spend of over £16,000. Feedback received from local businesses within the area was also positive as some witnessed a noticeable increase in trade as a result.

Similarly, we also contributed a wider economic benefit in terms of the local suppliers we used as The Black Dog Oven sources all ingredients locally; Laxey Mills flour, Isle of Man Seafood products, Close Leece Chorizo, Isle of Man Creamery cheese and meat from Tate’s Butchers in Peel. Overall, we would strongly recommend the Domestic Event Fund to others, not only for providing us with financial support but the confidence to be able to think outside of the box and host a new event.’

Applications for events running up to the 30th September 2021 are now being accepted. For further information about the fund and how businesses, local authorities, individuals and charities can apply for it, please visit: www.businessisleofman.com/eventfund