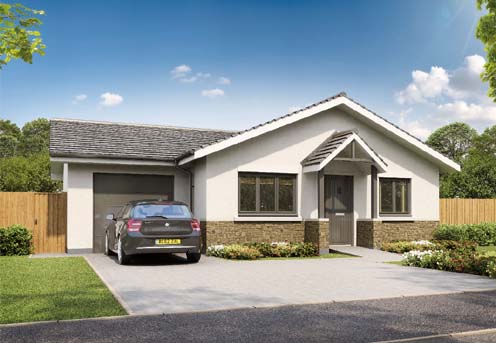 Dandara will be presented with two industry awards for homes in the Isle of Man at a prestigious gala ceremony this week.

The Maple, a four-bedroom detached family home located at the Ballakilley development in Port Erin, has secured the title for Architecture Single Residence - North West England. Likewise, The Holly, a two-bedroom bungalow at Slieau Whallian View in Peel, has been successful in the Residential Property – North West England category.

The awards are among seven wins for the Dandara Group in the 2018-19 UK Property Awards, which recognise the company’s high standards in architecture and design in projects across the British Isles.

The level received – ‘Highly Commended’ or coveted ‘5-Star’ – will be revealed at the awards presentation at the Royal Lancaster London Hotel on Friday (26th October), which will be attended by Dandara representatives from the Isle of Man.

The UK Property Awards, the most acclaimed and widely-recognised property and real estate awards in the region, are judged against strict criteria by an independent panel of 80 industry experts. Chaired by Lord Caithness, Lord Best, The Earl of Liverpool, Lord Thurso and members of the House of Lords in the UK Parliament, the judging is focused on design, quality, service, innovation, originality, and commitment to sustainability.

In addition to the Isle of Man awards, the Dandara Group has been recognised for its homes in Scotland and the south of England.

Beech Walk at Hazelwood, in the West End of Aberdeen has secured the win for Residential Development – Scotland, and The Yew, a spacious five bedroom detached family home, also at Hazelwood, has been successful in the Residential Property – Scotland category. Dandara Living also earned the Lettings Agency – Scotland title.

Dandara Managing Director Seamus Nugent said: ‘The highly competitive UK Property Awards celebrate the highest levels of achievement in the industry. To be up against other leading developers from across the UK, judged rigorously by the expert panel while meeting strict criteria and standards and once again be recognised in multiple categories is an honour.

‘We are committed to providing contemporary living space to suit all lifestyles and budgets, incorporating the highest standard of design, construction, quality, finish and specification. It is a fantastic feeling to be recognised for this and we are very much looking forward to attending the awards ceremony.’