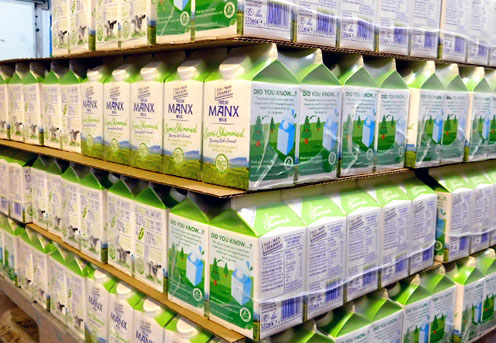 The Isle of Man Creamery has been a Manx institution since 1934 (although its story starts 100 years ago!) The creamery has, since inception, been a cooperative of local farmers providing delicious dairy products to the Island and, more recently, further afield.

Today, the creamery is a cooperative of 33 Isle of Man farmers who provide high quality dairy from their farms. The Isle of Man Creamery is committed to buying ‘every drop of milk’ that each farm produces- providing in excess of 26 million litres per annum to the creamery.

That’s a lot of milk!

So what happens to it all? Where does it all go? And what is the story behind the new cartons?

We wanted to find out.

Business Isle of Man had the great honour of visiting their facility in Tromode to see their production lines and learn more about their environmental and corporate stewardship.

As we entered the facility, a sweet smell of dairy hung in the air, reminiscent of days visiting farms from childhood. We were immediately greeted by our guide who was knowledgeable and incredibly excited to share about the environmental benefits of the new packaging.

About 2 years ago, the Creamery came to a crossroads in manufacturing- their old supplier were no longer offering imperial pint cartons, and were switching to metric measures. Naturally, they began to look into other options, avenues and alternatives.

After exhaustive research, the team found a company called ‘Tetra Pak’ which didn’t offer imperial measures, but did offer a sustainable carton made entirely from plant based materials. This opened up an 18-month discussion.

Isle of Man Creamery had a decision to make: forgo the beloved ‘pint’ or go with packaging that was not as good for the environment.

The answer was easy- the Creamery would begin using Tetra Pak for their cartons.

Environmentally sound, the wood and sugar cane used in Tetra Pak cartons is all from sustainable forests. Manufacturing these cartons is actually carbon negative.

Some Manx residents asked ‘Why not glass, wouldn’t that be better for the environment?’ Actually, no.

The detergents and energy needed to sterilize glass bottles have a very high carbon footprint whereas the Tetra-Pak cartons (and the way they are created) actually take carbon out of the air. Furthermore, the cartons are compact! By switching to this packaging, Isle of Man Creameries have actually reduced the number of delivery trailers needed each week by 10, but still delivering the same amount of milk - that’s a huge savings in carbon emissions. 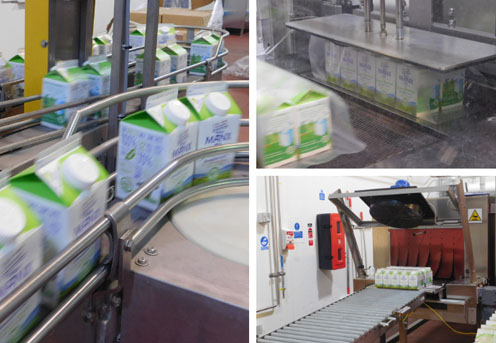 A new label design, new packaging and the change to metric was a big shift for loyal Isle of Man Creameries customers.

Marketing and PR became increasingly important as changes from the imperial based pint to the metric litres had to mean a change to the pricing structure- subject to Tynwald order.

The new cartons are slightly more expensive to produce than their previous counterparts, but are being charged at a lower rate to customers. The company took the hit for this but say that the environmental benefits far outweigh the financial impact. Doing the right thing, as it were, is always its own reward. The creamery is confident that as more awareness of the environmental benefits become known, more people will be switching to this carton. At the time of publication, the Isle of Man has seen a 40% shift from bottles to cartons (representing a70/30 split cartons/bottles).

The new plant based cartons are fully recyclable, however, at present there are no facilities on Island that can deal with them. The Isle of Man Creameries hopes that as more and more people switch from plastic to cartons, they will be able to look into a dedicated recycling scheme.

When incorporating the Tetra-Pak cartons into production, the Creamery did not have to start from scratch. Three years ago, the Isle of Man Creamery purchased an £800,000 machine with help from the Financial Assistance Scheme that the Department for Enterprise runs. It just so happens that this machine will run with the new cartons.

After the decision was made to incorporate Tetra-Pak’s plant based cartons, a team from the machine manufacturer travelled from Italy to the Island. For three weeks, this team tested and fitted the machine with the new cartons. The team performed tests to make sure it was working properly- essentially building cartons and filling them with water to test quality before it was deemed fit for purpose.

As Business Isle of Man toured the facility, one thing was crystal clear- the Isle of Man Creamery puts quality assurance above all else.

They are one of the only creameries to have a dedicated lab and team on-site to maintain quality standards. Every batch of milk is tested before it enters the facility and every batch of dairy products tasted before being sent out to customers.

Of the 26 million litres of milk to come through the creamery, 6 million is used for milk whilst the rest is earmarked for cheese and butter.

Isle of Man Creamery cheeses are aged to perfection, with their ‘Vintage’ variety aging 18 months on-site before distribution. Creamery taste-testers ensure the highest possible quality (which had us asking if they needed any more tasters!) 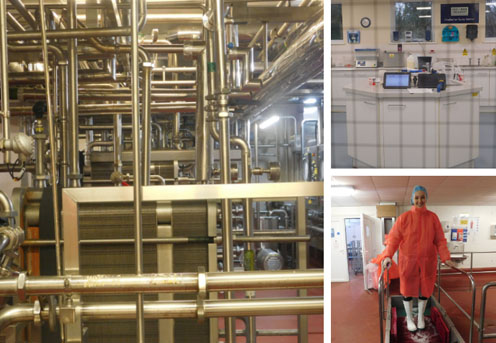 The Future for the Isle of Man Creamery

The Isle of Man Creamery is always thinking ahead while preserving the heritage of local farming (some families in the collective have been farming on the Island for over 500 years). The Creamery is looking to introduce electric vehicles for their sales team and short-run vans in an effort to further reduce their carbon footprint.

The Isle of Man Creamery is always on the hunt for better packaging and, as technologies advance, will look to advance with them. Engineers are at the core of the creamery’s technology and the company is always on the lookout for new talent to bring onto the team.